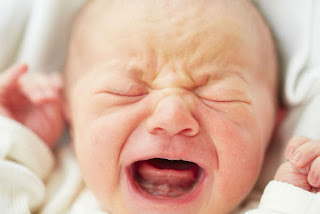 With all the memoirs of writers, celebs and nobodies floating around Amazon, it's easy to conclude that the world doesn't need another one. After all, what exactly is so special about my life that it might deserve a reading? Have I pursued an amazing challenge like Cheryl Strayed (she hiked more than 1,000 miles across the Pacific Coast Trail )? Not on your life! I would have cut PE in school if I thought I could get away with it. To put it succinctly, I've never done anything physically remarkable if you don't count walking around the Disney entertainment venues until I wore out my best pair of Nikes. You might even call me an exercise flunkee since the only program I never tried was the Outward Bound one where they airlift you to some jungle and you have to use a scythe and a toothpick to build a hovel and feed yourself and three darling macaws. So, forget any physical starring roles!

Next on the memoir list: Have I survived an atrocious childhood in which I was physically or emotionally brutalized or severely deprived? Abandoned in Costco's? Not really. My father was a genuine OCD-depressive, and my mother was a doormat of a villain, but they never laid a hand on me, and I mean that in the nicest way possible.

Was I born with a physical or mental handicap and despite the humongous odds of achieving, did I bring home a graduate degree in physics? No, no, no.
.
Then what exactly would be my reason for writing a memoir? I'm your average Jersey girl, sweetie. If I were to walk around like Nathaniel Hawthorne's protagonist in The Scarlet Letter, my sweat shirt also would have a giant A on it also. But  my A would not denote an adultress, heaven forbid! Strike me dead if I've ever even allowed a lascivious thought to wander in and out of my cerebral cortex! The A stands for average. I'm average in looks, intelligence, personality traits, athletic abilities, musical talent--you name it, I'm average. The most extraordinary thing I've ever done is fall in love with my geography teacher (who could have passed for Tony Perkins, who I later learned was gay, but still hunkie).  The truth is, and I know you're not going to like this truism, I'm you. No better or no worse.

So now ask yourself, would you want to read a memoir about yourself? I dunno if average still carries some clout, but I intend to find out if there's a snowball's chance in hell of proposing a memoir about an average Jersey girl. Of course first we would need a title. Let 's see...... How about calling it "Jersey Girl, Just the Facts, Ma'am"? You don't like it? Well, see if you can come up with something better. After all if this story is about the average gal, you get to contribute. So if you think you have a better title, try emailing me at jarenofsky@cox.net.

Okay, so now we've got a working title. The next decision we need to make is what part of my life should be on display for the world to gawk at? My childhood, in which I alienated my family and was surprisingly popular with the opposite sex? My adolescence, in which I turned into Jersey Jerk, the gal with the neurosis no one wanted to deal with? Or, what about my adult life in which I teamed up with a multitude of shrinks, most of whom didn't have the foggiest notion of how to help me. (I still remember the one with dyed blonde hair and thick glasses who badmouthed me for not making a "farewell" speech to the other neurotics in my Tuesday evening group.)

Or, wait a minute, let's skip a chronological approach and think "crisis" Here's a tentative list of chapters:
Ch. 1    I Refuse to Go to Second Grade and then 7th grade.
Ch. 2    I Bait my Parents into Hating Me
Ch. 3   I Learn to Tweeze my Eyebrows and Shave My Legs but I Learn Hair Isn't the Problem
Ch. 4    I Somehow End up with a Great Figure But the Acne Screws Up My New Look
Ch. 5    I Am So Dumb that I Don't Realize My Sister Competes with Me (and Wins Every Time)
Ch. 6    Despite the JFK and MLK Assassinations, the NYC Blackout, the Civil Rights Struggles, and 9/11, I Only Care About Myself
Ch. 7    My Parents Die and My Sister Unleashes the Full Fury of Her Hatred Toward me.
Ch. 8.   I Consider Suicide as a Rational Course of Action While Dating, Teaching, and Living the Life of a JAP (Jewish American Patsy)
Ch. 9    I Discover I Have a Sense of Humor But No One Much Likes It
Ch. 10  I Realize Mortality is Either My Best Way Out or an Unlucky Break
Ch. 11  I Try the Hit Parade of Psychotropic Drugs and Almost Die in the Process
Ch. 12  I  Land in Hospitals Twice and Find Out that I'm Not Olivia DeHaviland in The Snake Pit and You Don't Win Awards for Sticking It Out
Ch. 13  I Relocate 3,000 Miles from Jersey to See if Anyone Notices
Ch. 14  I Wake Up One Morning and "Realize Jersey Girl, Just the Facts, Ma'am" Has Become "Jersey Girl, The Best Blogger on the Block"

So what do you think? Am I memoir material or not? Should I work up a book proposal and try to sell it to an agent or to a publisher? More importantly, if I wrote a memoir laced with humor, would you buy it or would you wait until it remainders or ends up on e-Bay?

Please send all ideas, opinions and other crap to my confidential email: jarenofsky@cox.net. I promise not to tell anyone that you have had the same exact life experiences I've had except for the part that you live in Bali and worship a god with 10 arms and BIG lips.

You can start responding to my email NOW! PLEASE!

Although my parents had baby names for me that they used at times--for example, "cookie" and "pussycat," these never morphed into appropriate adult nick names. For instance, no one in my house ever called me Jan. That would have been the most common and appropriate nickname for "Janice," but no one ever came up with it. Was it a severe lack of creativity? I don't think so. In hindsight it said more about parenting style than it did about their opinion of me. My parents ran a rather strict household. We laughed but it was either behind the parents' backs or at a time when my father decreed a joke or anecdote was funny. My point is that…
1 comment
Read more

Should Old Acquaintances Be Forgot?

December 27, 2018
In the Scottish dialect of the old New Year's Eve song Auld Lang Syne, the composer posits the question: Should old acquaintances be forgot?

The short answer to this is "Sometimes."

One example will suffice. A "friend" of mine emailed me the other day and although she is not a writer, her words spoke plenty. Her first rebuke was that I don't answer her calls, and this is a claim I cannot deny. But the accusation was caustic, mean-spirited--it was as if I had neglected to visit her in the hospital, that's how grievous my omission was. She insinuated so much by those few harsh words.

Why did she call? Purportedly to inform me of her physical status and that of her dog Murph. Being the obedient child I still am, I did call her afterwards, and we spoke. Mostly S spoke of her new illness--osteoarthritis of the spine--and her dog's possible diagnosis of valley fever. I listened and listened and listened until I just couldn't take it any more. There we…
4 comments
Read more

2. I resolve to use the electric toothbrush and water flosser everyday or un…
2 comments
Read more