Bitching is My Life

March 25, 2019
Yeah, This is another one of my bitch/gripe essays. How can I keep up the challenging pace? It’s not easy but I work at it. I try to find something negative in everything I see and do. And it works for me.
Just yesterday in AZ everyone woke up to a blue sky and warm temps, but I quickly dispensed with that happy development. All I had to do was walk out on our fake grass and I was hit with one big negative after the other. Our fake grass seems to have been infected with real grass and the two don’t complement each other. So I bitched about that over breakfast and pretty soon I had my husband outside pulling out the real stuff. Boy was he miserable! But I scored again!
Then in the afternoon I went to the supermarket, and sure enough, I found something else to gripe about. It’s an upscale store. I mean it’s got a Starbucks, a salad bar, about a million bottles of French and domestic wine…..and a homeless guy hanging around at one of the exits. That’s disgusting. Maybe most people don’t mind seeing a smelly jerk with his hand out, but I don’t get it. Most of those cars behind me don’t even give the guy a quarter, but they smile at him anyway and they think that’s fine. But I call a spade a spade, and homeless panhandling is just a step below prostitution, and you know what I think about that. Well, you probably do too.
I bitched about the homeless guy in the car while I was driving home I even got on one of those talk shows where you give your opinion about social issues. Some people were bitching about Trump, but they’re nuts. He’s the best thing to happen to this country in years. He doesn’t cater to the happiness crowd–not old Donald. He bitches like me and everyone is better for it. Look how many enemies he’s made just in the few short years he’s been president. And enemies are good. That means they won’t bother us. They’ll be too busy making nice to those weak-kneed countries like England, Germany and Scandinavia. New Zealand finally got a chance to get in some terrific bitching when that white supremacist killed 50 people. That was a mega bitch. It wasn’t any 9/11 bitch session, but you don’t get that opportunity too often. I remember I spent weeks bitching about all those people killed by ISIS or whatever they call themselves now. It was a veritable bitch fest, and I know a few people tired of my tirades, but the hell with them. They were too happy to begin with.
Anyway, I told that guy on the radio that I was a top bitcher in my neighborhood and I was really, really proud of it. He didn’t know what to say, so he hemmed and hawed a bit and asked me what my latest bitch was about. I told him t 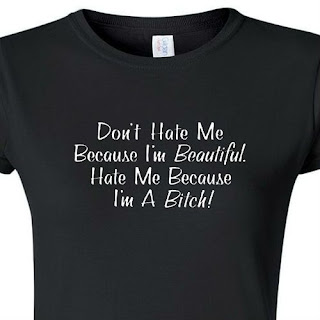 hat I was driving home and some car just backed out of a driveway and didn’t even look to see if there were other cars coming. He just gassed it and he was darn lucky that I’m a bitcher because another person wouldn’t have tolerated someone like that messing up their day. But me, I expect negative stuff and just add it to my bitch tally for the day, week or month. I watched a few other drivers give him the finger, but I’ll stick to just bitching. It improves my verbal facility and I’ve got to be tops in the field or else I’d be bitching about that.

I’ve taken enough of your on-air time with my bitching, so I’ll sign off now. Thanks for giving me a venue. A lot of folks won’t put up with my bitching, but I don’t capitulate. Someone has to stand up for the democratic ideals this country was built on. Everyone has the right to their own opinions. Too bad about Trump. Now he can’t bitch about the “witch hunt.” Looks like Mueller gave him a clean slate and now he’ll be looking around for something else to bitch about. He’s wicked on dead people. John McCain just rolled over another time, I hear. Next bitch I predict will be on the liberal Dems who are sulking over Mueller’s conclusions. What will Donald bitch about on Twitter–I can hardly wait to see?
Maybe if I were a guy and as stupid as Donald I could get elected too. I’ve got a CV that’s full of tasty bitches. Vote for me, I’d plaster over my website. Then I’d go back to bitching nonstop. That ought to bring in the votes.